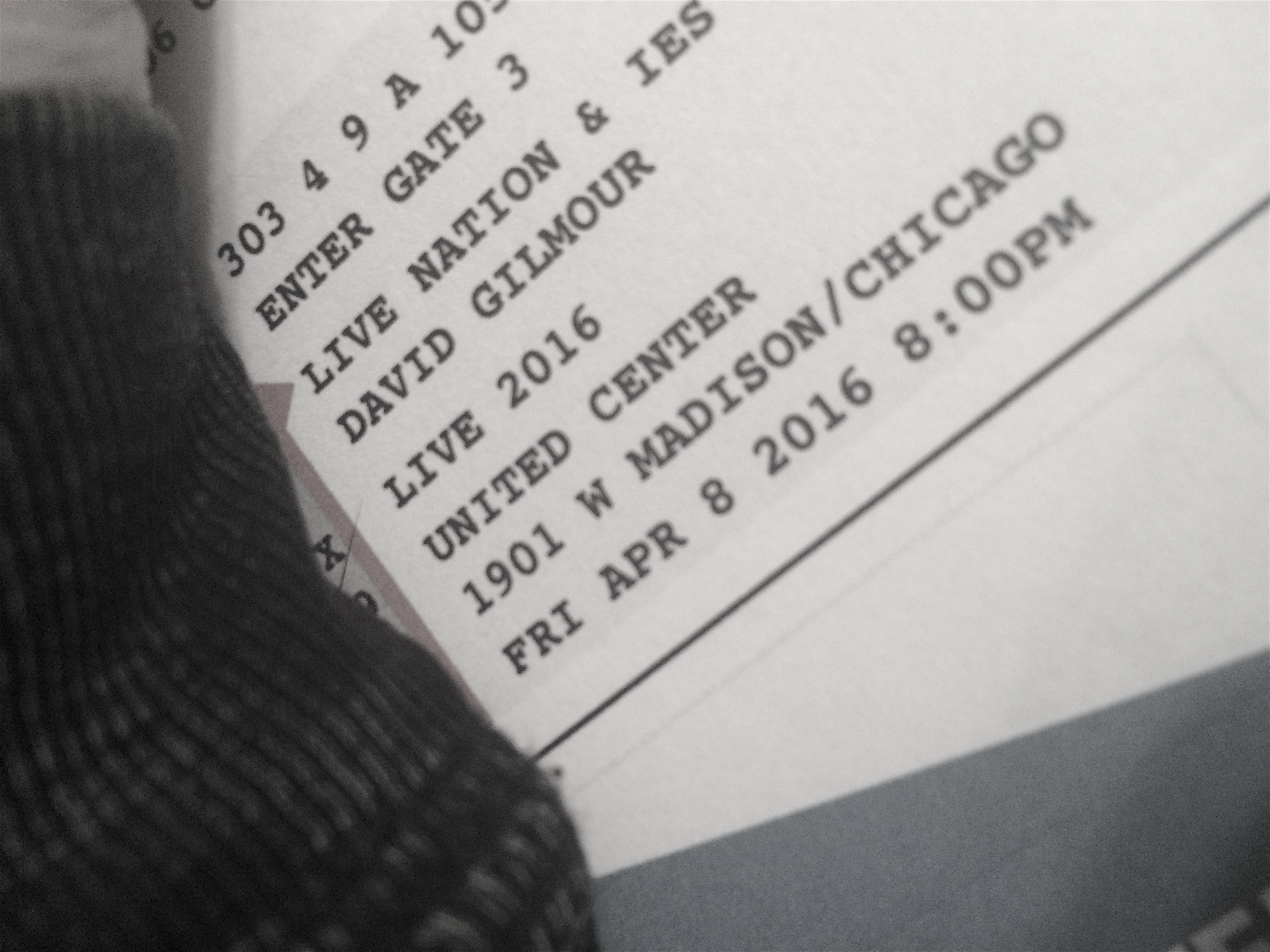 When it comes to musical heroes, and favorite bands ever Pink Floyd is at the top, and specifically the vocal style and songwriting of David Gilmour. While I will never be the type of guitarist he is, his vocals are what inspired me to find my deeper airy voice. Plus, I did actually learn a few Gilmour solos, i.e. from Lost For Words, Wish You Were Here, Coming Back to Life and Money, and the first solo from Comfortably Numb (My undisputed favorite song in the history of recorded music).

Last year, when Gilmour released “Rattle That Lock”, he announced that he would be touring in North America. Now, I know he’s only hitting a few cities, the biggest cities on our continent. Cleveland, would have been nice, and let me tell you something Cleveland-doubters, it’s an amazingly underrated city that you should only be so lucky to live in, but I knew he wouldn’t be playing in my hometown.

But he’s playing close enough. So I bought my ticket to the Chicago show, and even though, I know the band he is playing with already has the set list all locked up. This is what my “dream set list” would be. So listen and enjoy one of my biggest heroes, David Gilmour.

And here is a cover I did of Pink Floyd’s Louder than Words back in November of 2014 when their last album The Endless River came out.

And we're on the up and up.